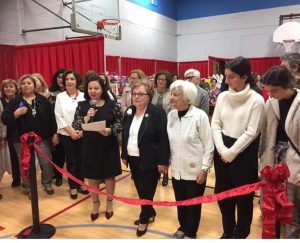 The annual ARS Montreal “Sosse” chapter bazaar was held on November 9 and 10, 2019 at the Armenian community center in the “Haig Markarian” Homenetmen GAMK gymnasium.
After months of hard work, preparation, and the tireless work of our countless volunteers, the annual bazaar was a success. The event was led by designated godmother ungerouhi Sirvart Zourikian, a long serving member and one of the many driving forces behind the hard work of the Montreal “Sosse” chapter.
The bazaar consisted of booths which included some old favorites along with new features.
Our booths included:
-The Christmas booth.
-The Armenian booth, which featured products made directly in Armenia, as well as from “Yeraz” company in Lebanon.
-The home decor booth.
-The modern fashion booth, which is a long-standing booth at the bazaar, curated by our generous contributors, the Markarians.
-The jewelry and handbag booth which featured Alex and Ani bracelets, Roger Roy jewelry, and Aldo handbags.
-The Michael’s and toy booth.
-The Ardene booth.
-The sandwich booth, which sold soujough and cheese sandwiches. It also had other food items for sale such as olive oil, spices, and jams.
-The coffee booth, which was generously curated by Toi Moi Cafe.
-Finally, the always popular food booth, which featured some delicious Armenian sweets. It also offered delicious mante, pumpkin jam, keufte, and sarma which were prepared by our volunteers.

On both days of the bazaar, lunch was served for a nominal fee. Sous-beureg was on the menu Saturday and Harisse made his appearance on Sunday. Sahlab was also served Sunday for breakfast.
We also had a very successful raffle, featuring a grand prize of two plane tickets donated by Air Canada.
This year the garage sale was back in conjunction with the Bazaar and was a tremendous success.
As most are aware, all the proceeds are donated to our community’s school, l’École Arménienne Sourp Hagop.
We would be unable to have such a successful event without the relentless efforts of our volunteers, and, of course, without the generosity of our donors and sponsors. 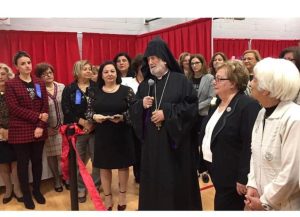 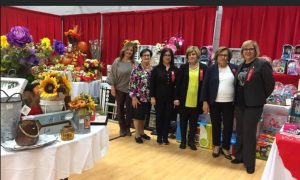 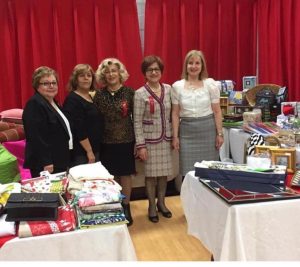 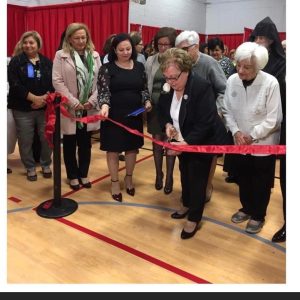 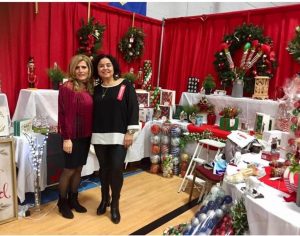 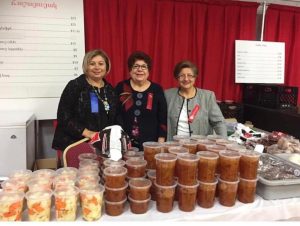 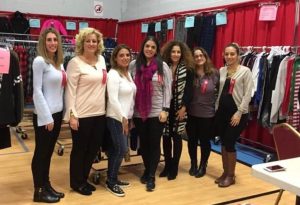